My friend whose son goes to school in another state received this memo and shared it with me to share with you.  I had never heard of a few of these, so I wanted to share with you all. (Source: Fairfield Public Schools) 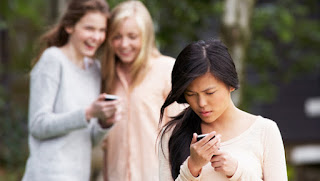 PARENTS AND COMMUNITY MEMBERS: WE WANT YOU TO BE AWARE OF THE FOLLOWING APPS THAT KIDS MAY BE DOWNLOADING.
We want you to be aware of the following apps and the cons that go along with them. The following apps might be a simple way for your child to keep in contact with his/her friends; however,even innocent use of most of these apps can land a child in a situation he/she never intended to be in. Here are some potentially dangerous apps that are popular among young people.
1. Tinder: An app that is used for hooking-up and dating. Users can rate profiles and find potential hook-ups via GPS location tracking. 450 million profiles are rated every day! The good news is, this app pulls information from user’s Facebook profiles, so it is more authenticated than other apps.
Problem: It is easy for adults and minors to find one another. Also, due to the rating system, it is often used for cyber-bullying, because a group of kids can target another kid and purposefully make his/her rating go down.
2. Snapchat: This app allows a user to send photos and videos to anyone on his/her friend list. The sender can determine how long the receiver can view the image and then the image “destructs” after the allotted time.
Problem: It is the #1 app used for sexting, mostly because people think it is the safer way to sext. However, the “snaps” can easily be recovered and the receiver can take a screen shot and share it with others. Also, a lot of images from Snapchat get posted to revenge porn sites, called “snap porn.”
3. Blendr: A flirting app used to meet new people through GPS location services. You can send messages, photos, videos, rate the hotness of other users, etc.Problem: There are no authentication requirements, so sexual predators can contact minors, minors can meet up with adults. And again, the sexting.
4. Kik Messenger: An instant messaging app with over 100 million users that allows users to exchange videos, pics and sketches. Users can also send YouTube videos and create memes and digital gifs.
Problem: Kids using the app for sexting and sending nude selfies through the app is common. The term “sext buddy” is being replaced with “Kik buddy.” Kids use Reddit and other forum sites to place classified ads for sex by giving out their Kik usernames. Also, Kik does not offer any parental controls and there is no way of authenticating users, thus making it easy for sexual predators to use the app to interact with minors.
5. Whisper: Whisper is an anonymous confession app. It allows users to superimpose text over a picture in order to share their thoughts and feelings anonymously. However, you post anonymously, but it displays the area you are posting from. You can also search for users posting within a mile from you.
Problem: Due to the anonymity, kids are posting pics of other kids with derogatory text superimposed on the image. Also, users do not have to register to use Whisper and can use the app to communicate with other users nearby through GPS. A quick look at the app and you can see that online relationships are forming through the use of this app, but you never know the person behind the computer or phone. Sexual predators also use the app to locate kids and establish a relationship. One man in Seattle, Wash., was charged with raping a 12-year-old girl he met on this app in 2013.6. Ask.fm: Ask.fm is one of the most popular social networking sites that is almost exclusively used by kids. It is a Q&A site that allows users to ask other users questions while remaining anonymous.
Problem: Kids will often ask repeated derogatory questions that target one person. Due to the anonymity of the badgering, it creates a virtually consequence-free form of cyber-bullying. Ask.fm has been associated with nine documented cases of suicide in the U.S. and the U.K.
7. Yik Yak: An app that allows users to post text-only “Yaks” of up to 200 characters. The messages can be viewed by the 500 Yakkers who are closest to the person who wrote the Yak, as determined by GPS tracking.
Problem: Users are exposed to and are contributing sexually explicit content, derogatory language and personal attacks. Although the posts are anonymous, kids start revealing personal information as they get more comfortable with other users.
8. Poof: This app allows users to make other apps “disappear” on their phone. Kids can hide any app they don’t want you to see by opening the app and selecting other apps.
Problem: It’s obvious, right? Luckily, you can no longer purchase this app. But, if it was downloaded before it became unavailable, your child may still have it. Keep in mind that these types of apps are created and then terminated quickly, but similar ones are continuously being created. Others to look for: Hidden Apps, App Lock and Hide It Pro.
9. Omegle: This app is primarily used for video chatting. When you use Omegle, you do not identify yourself through the service. Instead, chat participants are only identified as “You” and “Stranger.” However, you can connect Omegle to your Facebook account to find chat partners with similar interests. When choosing this feature, an Omegle Facebook App will receive your Facebook “likes” and try to match you with a stranger with similar likes.
Problem: Sexual predators use this app to find kids to collect personal information from in order to track them down more easily in person.10. Down: This app, which used to be called Bang With Friends, is connected to Facebook. Users can categorize their Facebook friends in one of two ways: They can indicate whether or not a friend is someone they’d like to hang with or someone they are “down” to hook-up with.

Problem: Although identifying someone you are willing to hook-up with doesn’t mean you will actually hook-up with them, it creates a hook-up norm within a peer group. Depending on your sexual values, this might be something you don’t want for your child. Also, because of the classification system, a lot of kids will feel left out or unwanted, which can lead to anxiety, etc.