We just got this announcement from the Potomac Nationals and had to share with you!! 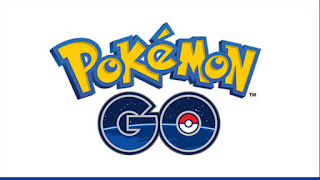 With the recent influx of popularity with Pokémon and the new Pokémon GO game for iOS and Android devices, the Potomac Nationals are excited to announce that Friday nights at Pfitzner Stadium are now Pokémon nights. Come out to The Pfitz every Friday home game for the remainder of the season and battle to become the Pokémon GO gym leader at G. Richard Pfitzner Stadium.

Pokémon nights at The Pfitz will include:

·         Two tickets to the next Friday home game to the “winner” at the
end of every Friday night game, which will be whoever is the “P-Nats Gym”
owner at the end of the P-Nats game.

·         Whoever owns the “P-Nats Gym” at the end of the final Friday home
game of the season, September 2nd vs. the Myrtle Beach Pelicans, will
receive four Washington Nationals tickets to Washington’s game on September
30th vs. the Miami Marlins at Nationals Park.

·         Half price tickets to anyone dressed in Pokémon attire at the
P-Nats Box Office.

·         Discounts for different types of Pokémon caught at the ballpark.

·         Redeem at the P-Nats Box Office after catching a Pokémon while at
the game.

·         The more of the game that you play while at Pfitzner Stadium, the more discounts you can receive and the better chance you have to win future P-Nats game tickets and potentially Washington Nationals tickets at the end of the season. Watch P-Nats baseball, play Pokémon, and enjoy Friday nights at Pfitzner Stadium!