I have to confess something.  Growing up in this area, I always thought Manassas was a little trashy.  I was actually nervous about moving “down” from the 22192 to the 20110.

But guys, Manassas is awesome. 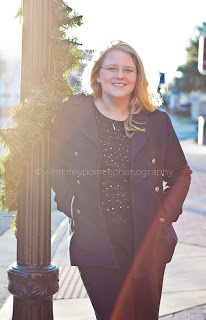 That’s me in Manassas in 2013, photo credit: Whitney Pointe Photography
And nowhere is that more evident than in a comparison of Historic Manassas vs. Historic Occoquan.
(Some of you are about to be seething mad at me.  It’s okay.  I understand.)
1.  Ambiance/Adorableness
Guys, Occoquan is not cute.  It COULD be cute, but it’s not.  Building owners don’t do maintenance on the outsides of their buildings, and as a result the whole thing looks like it needs powerwashed.  Old Town Manassas puts flowers on their lampposts. Christmas is also adorbs.
Winner: Manassas 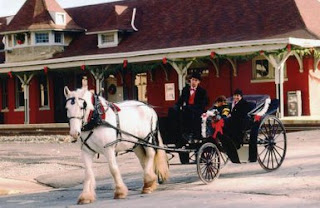 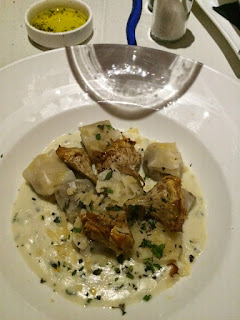 Eggplant Tortellini at Malone’s of Manassas

3. Shopping
So, Occoquan actually has some really cute stores.  I love Touch of Gold’s bracelets and Troll Beads, and I love Polka Dot Divas.  I do not understand why every store in Occoquan closes at 5pm and is closed on Monday.  They seem to serve a very elite weekday clientele of ladies who lunch. Dansk Day Spa is amazing. Details is super super cute, although I cannot afford to actually buy anything there!!
In Manassas, the Allyssa Bryn Market Place is really cute, and being a giant dork, I could wander around Prospero’s Books all day. I haven’t been to the new Olive Oil store, but I plan to go!  I will say they have fewer shopping shops than Occoquan.
Winner: Occoquan

4. Fun Events
Hands DOWN Manassas wins here.  With weekly concerts, a pop up skating rink, live outdoor music between restaurants on Friday nights, dance lessons, fireworks, a museum, and more, there’s always something to do in Manassas. There are also tons of fun parades for various holidays, first fridays, and more.  Love love love.
Occoquan does have Santa come in on a boat every year (but Manassas has a parade, tree lighting, and Santa Train depot).
Winner: Manassas 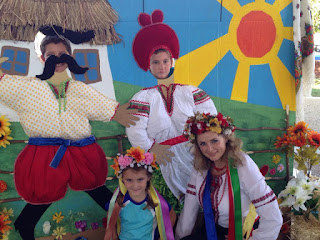 Greek Festival.  My middle son is angry he didn’t get the mustache.  Manassas.

5. Farmers Market
Not even a contest. Manassas has one.  Occoquan doesn’t.
Winner: Manassas