I didn’t start a foreign language until 8th grade, and it’s one of my greatest regrets.  While I had the opportunity to take years of French and participate in an exchange, I always wished that I’d started sooner, and at this point, while I understand French, I haven’t spoken it in so long I’m not sure I could if I had to. At my high school, they also offered Russian my senior year, which I took both there and in college, as well, and enjoyed very much, but I can’t claim to remember much beyond the alphabet and basic conversation.

Oh, and Cheburashka.  How could you forget him? 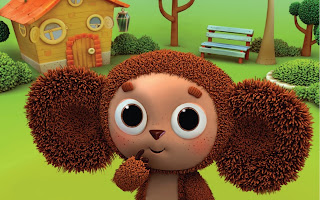 In our area, especially, you find loads of bilingual kids.  I think that it gives children such an advantage to start languages early, and, of course, if you have a parent in the home who speaks two languages it makes things really easy.  For those of us without that advantage, we have to look elsewhere if we want to snag our kids some quality language instruction.

Language Stars offers French, Spanish, Mandarin, Italian and German language instruction for children ages one and up, and has been voted “Best Language Instruction” in the DC Area for the last three years.  Their school year programs begin on September 3rd, so now is the time to look into classes.  While they don’t have a Prince William County location, they do have a nearby Fairfax Center, and you can check out the classes, and the drive, during their open house program, which runs from August 5-25, 2013.  You can sign up online to try a free class, and if you register during the open house period, you’ll save $100 off your tuition.
______________________________________________________
Disclosure: This is a sponsored post from Language Stars.  All opinions are my own, especially those about the cuteness level of Russian Cartoon Characters.