After we left West Virginia, we headed through Pennsylvania and Ohio into Kentucky, where we checked out the Creation Museum.  We homeschool, and I teach my kids multiple theories of creation, including the Big Bang, Evolution, and Creationism, offering them background and research on each one, so I was excited to bring them to check out this museum.  The Creation Museum is a gorgeous facility and focuses on Young Earth Creationism, or the idea that a literal interpretation of the Bible makes the Earth about 6,000 years old.  I realize that this post might not be for everyone, so if it’s not for you, no need to start a fight, just move on to the next post.  Deal? 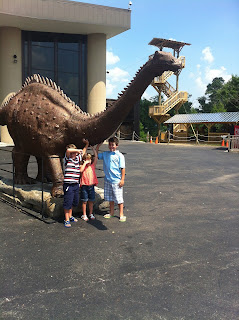 A lot of the museum was what I was expecting, there were beautiful exhibits showing diversity of species, there were some great exhibits detailing the differences between Natural Selection and Evolution, and there were a few great panels talking about the potential problems with radio-carbon dating as evidence of the age of the Earth. 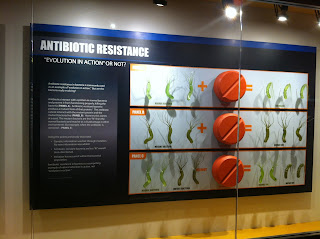 There were some excellent collections of species diversity, and the kids really liked the displays with the insects. 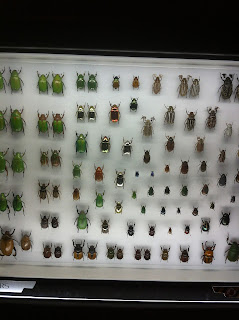 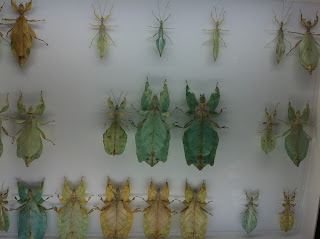 When you enter the museum, there is a display on Lucy, and then there is a tunnel showing some modern issues that have arisen because of a lack of adherence to Biblical morals (they’re mostly magazine covers with news stories about school shootings, etc).  After that, there is a room with some church history, and eventually you walk through a version of the Garden of Eden and a replica of Noah’s Ark. 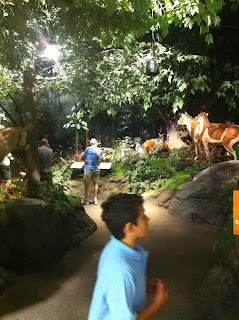 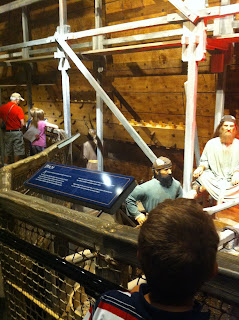 Many of the rooms feature animatronic people or animals, which are really neat.  Several of the characters will talk to you and let you ask preselected questions off a touch-screen in front of them, which the kids really enjoyed. 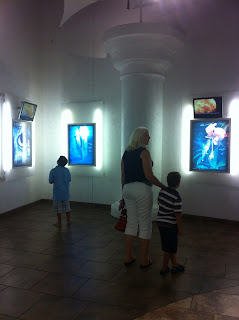 After you exit these portions of the museum, you enter into more exhibits detailing the differences between Creationism and Big Bang/Evolution, which was where most of the apologetics I was hoping we’d see were located. 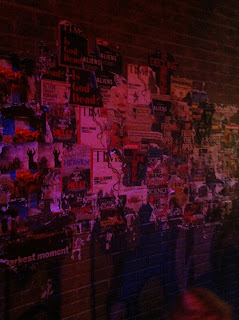 Unfortunately, I had pretty much lost my kids at that point.  They did okay in the first room with images depicting problems we have in the world (see picture above) although the younger two found it slightly scary.  However, there’s a room you walk through after the fall in the garden with video footage being projected onto the walls, and as far as I could tell, there wasn’t really a way around it.  When we walked through, it was images of concentration camp victims and wars, and my two youngest were overwhelmed by it.  It would be really great if there was some kind of warning about what you were walking into, or an optional route for parents whose children might be particularly sensitive to strong images. If I had it to do over again, I would have taken my children though backwards, so we started with the exhibits on bugs, dinosaurs, and rocks, and then worked my way back, and skipped the images room and gone back to the beginning.

The Creation Museum has more than just the museum, although it was hot the day we went, so we opted to stay with just the indoor activities.  There’s a beautiful botanical garden, a petting zoo, camel rides, a zip line, a planetarium, and frequent workshops and events for all ages.  There are also several movies that take place both as part of the tour and throughout the day, which are posted in the day’s schedule.  You could easily spend an entire day here and have a lot of fun, both inside and out.  The entire museum facility is beautifully done and meticulously maintained.  Tickets are $29.95 for adults, $23.95 for seniors, $15.95 for children ages 5-12, and 5 and under are free.  Adults get $5 off on Tuesdays and Wednesdays, and all tickets are valid for two days.  The planetarium is an additional fee. There are some special promotions, as well, with Mothers free on Mother’s Day, Fathers free on Father’s Day, everyone free on Christmas Eve Day, and Veterans free on Veteran’s Day, Independence Day, and Memorial Day.