January 22nd is PwcGrandma’s birthday, but we celebrated on Sunday so that everyone would be able to come to dinner.  We headed out to Old Town Manassas for dinner at Carmello’s, which is typically the most amazing experience ever, but we learned a valuable lesson about making sure that the “A-Team” of your favorite restaurant isn’t away at a Bridal Expo.  Sigh.  Still pretty good, though.
Before dinner, we met up with Whitney Pointe of Whitney Pointe Photography to do a quick preview shoot.  I wasn’t camera-ready, and had no aspirations to be, so I decided we’d do some grammy/grandkids pictures to celebrate.  Whitney was friendly and very calm about the kids running all over Manassas (incidentally, pictures before dinner is a pretty good way to get your kiddos to get their wiggles out!) Whitney was named “Photographer of the Year” by InsideNova.  Go Whitney! 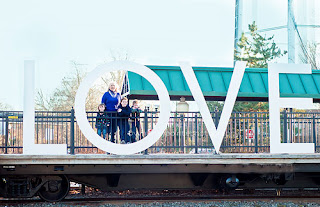 We headed over to the Harris Pavilion and took advantage of the “Love” sign by the display train.  I had joked about taking a picture of us all crossing the road on the way from Carmello’s to the pavilion, and I think I should have gone for that- we could have had an entire Beatles themed shoot! 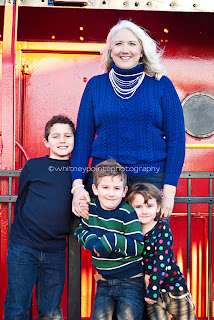 Everyone’s loving on Grandma! Whitney was great about letting the kids have a few minutes between shots to play on the trains.  My kids do not make the cutest faces for pictures right now, but I love them anyway 🙂 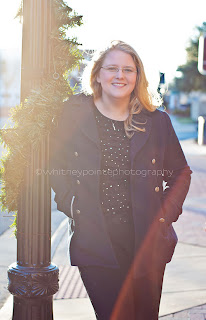 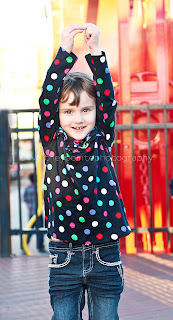 This is me, not being camera-ready.  Somehow I ended up in a picture anyway.  Thing 3 is showing off her way-too-tight-armed pirouette for Whitney.  She’s a ham 🙂

Whitney was friendly and easy to work with, and patient with the kiddos, which is, I think, a great combination.  She’s also got some Valentine Mini-Sessions coming up.  For $75 you get a 30 minute shoot, and either 25 Valentines or 1 Digital File with printing rights.  She’s going to be doing the pictures in Old Town Occoquan, which is such a fun place for pictures….although maybe she should open up Sunday and use the LOVE sign in Manassas 😉 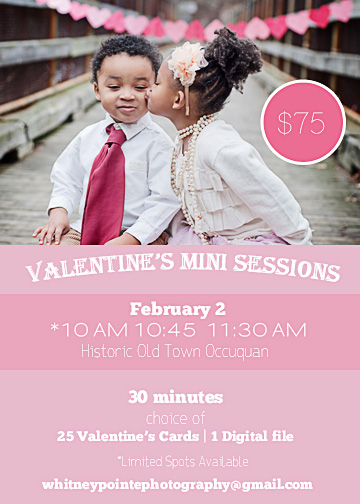 But, of course, I also have a giveaway for you!!  Whitney is offering a lucky PwcMoms reader:

1 45 Minute Session (over $100 value)
A Disc of 15-20 images with print release
One 8×10 print
$50 print credit with Whitney Pointe Photography
This is a huge package!! You can enter below using the Rafflecopter.  Contest closes on Wednesday, January 30th, 2013.
a Rafflecopter giveaway