(Shhhhh…..don’t tell my son I’m writing this! His mini mites team plays against the Haymarket mini-mites team!! But, if you’re on the other side of the county…..well, I understand if you have to play on the other team!)

The Haymarket IcePlex is such a fun story.  From my understanding (PWC Grandpa plays Ice Hockey, too!), “The Lumberyard” was built in a former 84 Lumber warehouse to make sure that the PWHC members could continue to play when the Prince William Ice Forum/Plex/House/Center collapsed.  Once they got going, though, people decided that having a second skate location was a great idea, and even with the original hockey club moving back to Woodbridge, Haymarket is rocking out on its own! 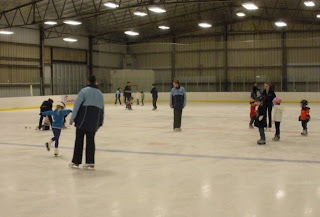 The complex now houses open skating, hockey, a Synchronized Skating team, learn to skate, and special events!!  One such event coming up is  the “Skate With Us” event on December 19th from 6-8:30pm which will feature performances from local skaters and teams and public skating sessions.  This event will be $7 for adults, $6 for kids, and $3 for skate rental. 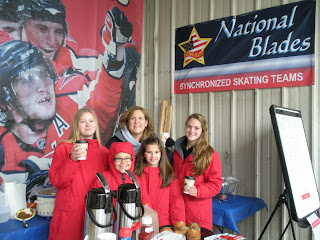 The Piedmont Skate School at Haymarket Ice Plex has a great upcoming program if you’ve been thinking about skating for your child.  Their Winter Break Series is a 4 day program that will give your child a jump start on lessons, which will start in 2012 with 7 week series beginning January 9th.  The four day program is a great way to make sure your child likes the ice before comitting to a full series of lessons.  (As a former competitive figure skater from a hockey family, let me just say your child should like the ice.  Ice is Nice.)  The Winter Break series includes 4 public session practice passes with skate rental so that your child can really jump start their skills!  It’s such a great program, in fact, that Piedmont Skate School at the Haymarket IcePlex would like to have one of your children join them for FREE!


Entering is super easy- just head to the link for the group lesson calendar (Here) and then leave a message on the facebook wall for the Piedmont Skate School about which session you’d sign your child up for!! This contest will be open through Sunday, December 11th until 7:00pm. 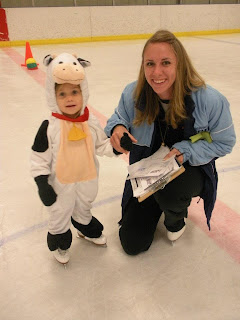 Look! Even tiny, adorable cows can skate!!
Skating, whether it’s freestyle, recreational, or hockey, is a great sport for kids. It keeps them moving, helps with balance and coordination, and the sense of accomplishment from moving up to the next level is great for self-esteem.  If you’ve never put your child on ice, maybe it’s time to try!! A 4-day program could be just what you’re looking for to try before you sign up for a full session!!
Thanks to Piedmont Skating School and the Haymarket IcePlex for sponsoring this giveaway!! Be sure that you bookmark their website to get the latest updates on public skating, which changes frequently.