Next week at the Hylton, don’t miss ImaginOcean!! 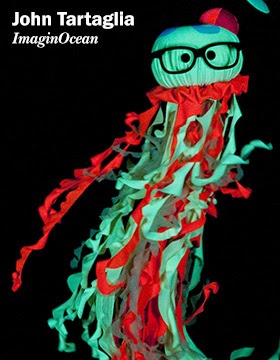 John Tartaglia: ImaginOcean
October 26, 2014 at 2 pm and 4 pm
Tony Award nominee John
Tartaglia takes young audiences on a magical under-the-sea adventure in this
one-of-a-kind live glow-in-the-dark musical! Fishy friends Tank, Bubbles, and
Dorsel discover a treasure map, thus beginning their remarkable journey of
underwater discovery. Jam-packed with music ranging from swing to R&B to
big band, this charming story appeals to audiences of all ages and is a blast
from the first big splash to the last wave goodbye! Celebrated puppeteer,
actor, and singer John Tartaglia got his start working on Sesame Street
as a teenager, and later starred in Broadway’s Avenue Q, Shrek the
Musical, and Beauty and the Beast, and created and performed in
Disney’s television hit Johnny and the Sprites. “A whimsical trip to the
depths of the sea.” (Back Stage)
Tickets: $15 Adults, $5 Children
http://hyltoncenter.org/calendar/487/
Want to win tickets? Use the Rafflecopter Below! Winner will be announced on SUNDAY!