I started off thinking I’d write this in short order, but since I suck at life, I didn’t.  Here’s part one, for those of you who have forgotten (which I’d assume is everyone at this point!).

We went on a trip in January to Florida.  We loved our hotel and we had a fantastic time.  For the first three days, we went to Disney. 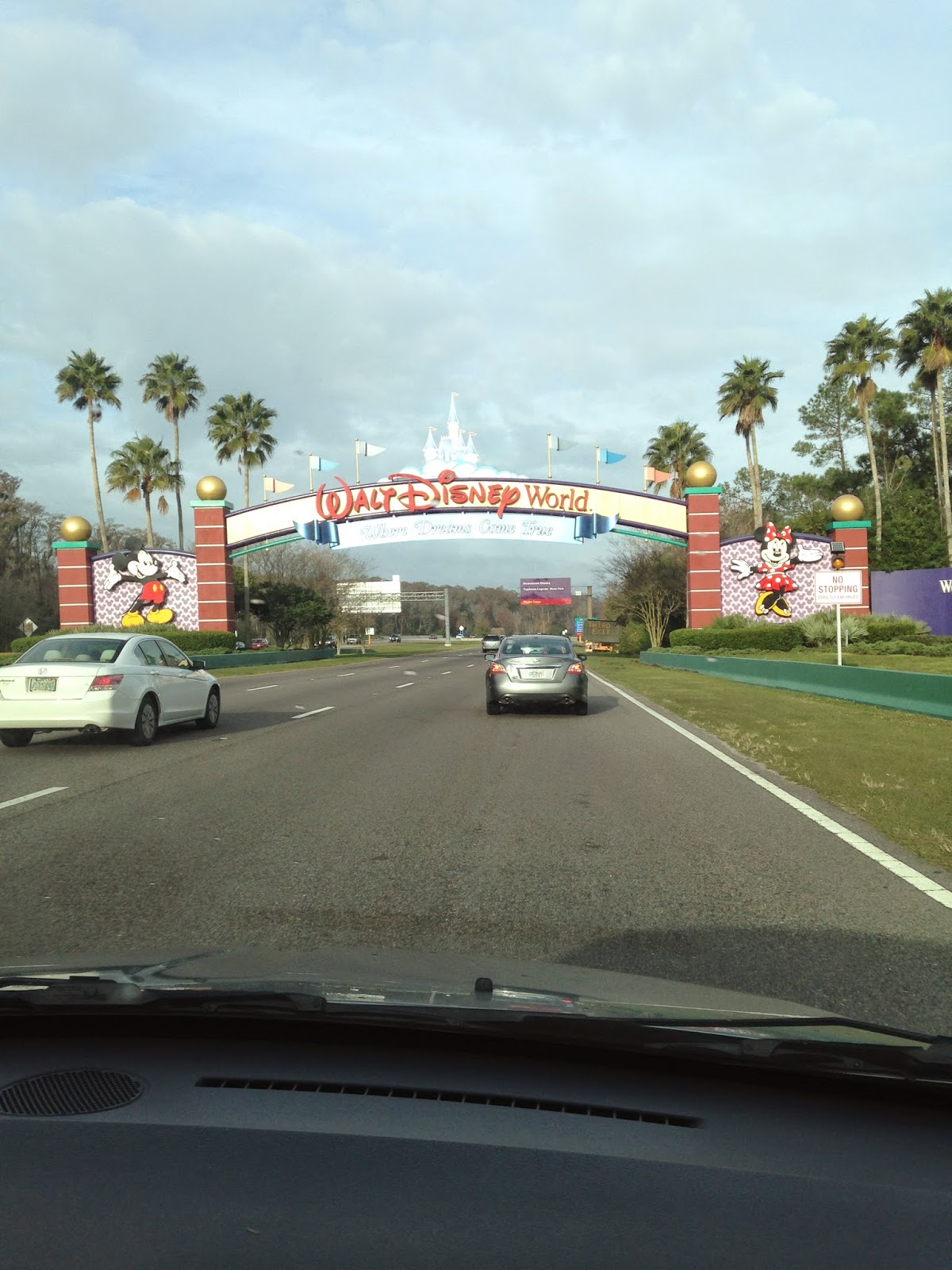 That’s really about all I have to say about it.

But I’m a blogger, so let me try to pull it out.  We decided that since we were going to Florida, we should just “do the thing” and check it off our list.  We know people who are DISNEY PEOPLE and go to Disney every flipping chance they get.

We are officially not those people, but we did have a good time.

It was really cold the first day, we almost froze on the old-timey boat that took us across to Magic Kingdom.  We went during the off-season, so we were able to book our day-of fastpass times at the kiosks in the park, although if you’re going, I highly recommend you plan a little more in advance (use a free Disney travel agent like Patricia who can not only help you map out your plan of attack, but can schedule your fast passes, dining, and all that jazz for you).  I don’t feel like my kids are really all that attached to any particular Disney characters, which would be the big draw for going to Disney.  That said, here are some things that I can recommend.

1. Take Help
We brought grandma with us, which is especially helpful in our case because my neck can only tolerate so much jerky amusement park riding.  Having one person per kid was great because we could divide and conquer, and because there’s always enough adults that someone can be happy after hearing “It’s a Small World” 50 times. 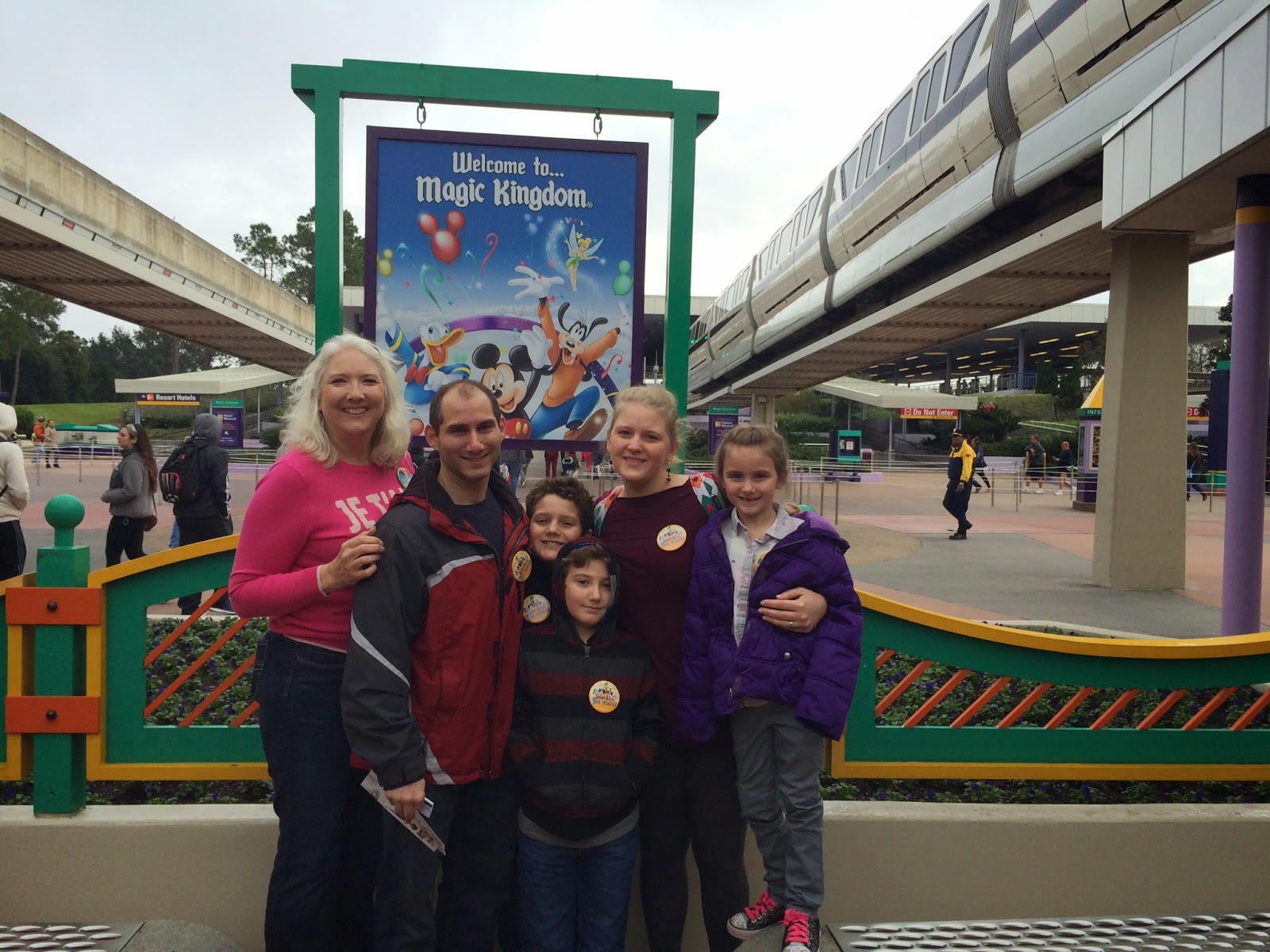 2. Get the freebies!
There aren’t many- but we got a few free fast-passes with our tickets, and it was worth it to use them on some of the higher wait time rides.  There are kiosks throughout the park, or you can book online in advance.  If you’re there for the first time or a birthday or a family event, let them know when you first enter the park- they’ll give you free buttons (notice our giant yellow “First Time” buttons).  People who work at the park are super friendly and will actually make a point to talk to your birthday/anniversary/bride/first-timer. 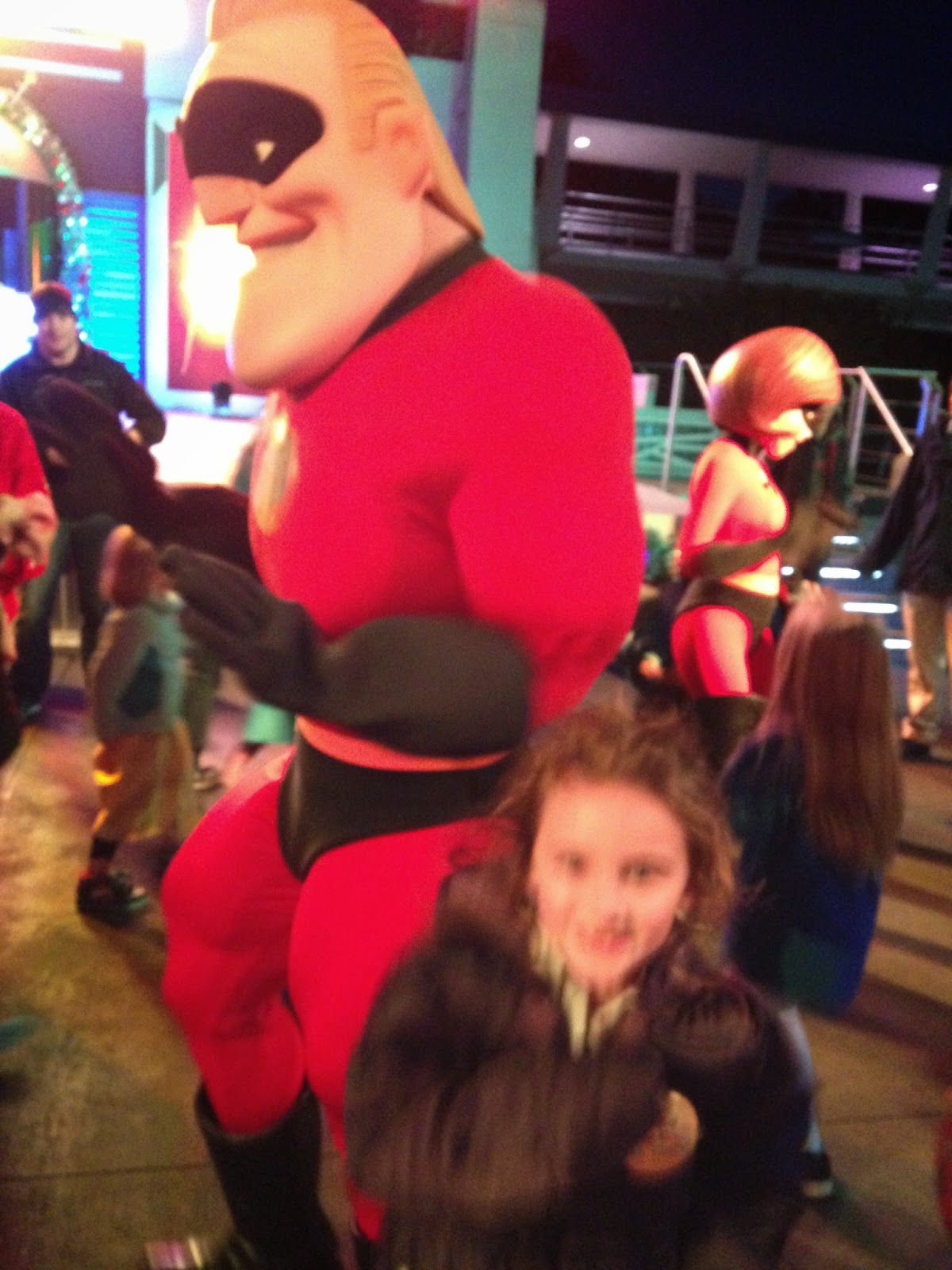 3. Enjoy the Random
The most fun my youngest two had was our first night when there was a random dance party with the incredibles.  The DJ was really good about making sure nothing objectionable was played, the characters were out, we burned a ton of energy, and we had a great time.  I’m lucky because my daughter is not a princess fan, so we were not among the crazy people waiting 4+ hours to see Anna and Elsa.  If you have a princess fan, I’d go ahead and spend the money to do a character meal- it’d be worth the cost to not have to wait in the lines. 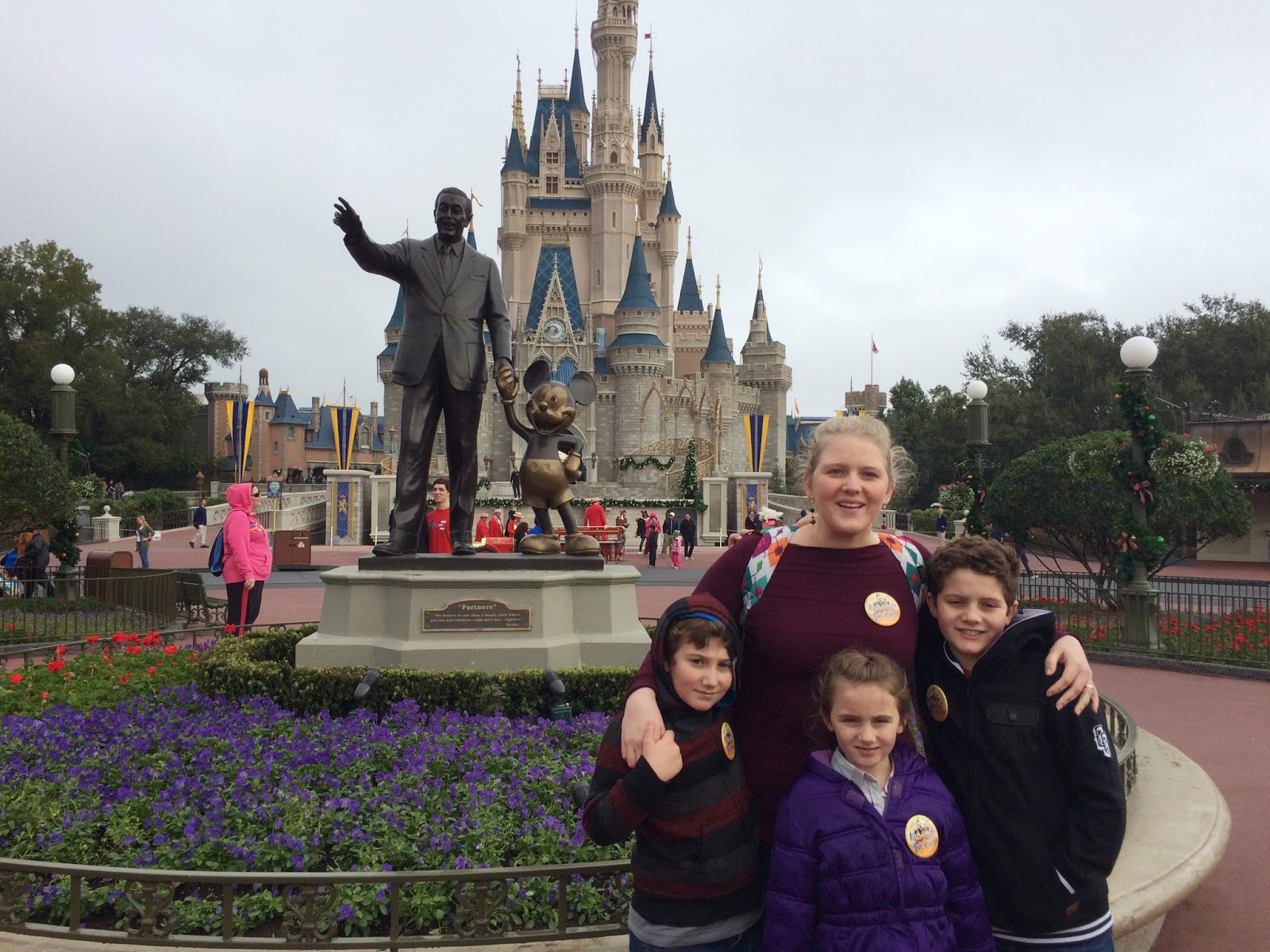 4.  Take lots of cheesy pictures.
You spent the money. Your kids will deal. Is that the Disney castle? A character your child has never heard of? It doesn’t matter, take the picture. 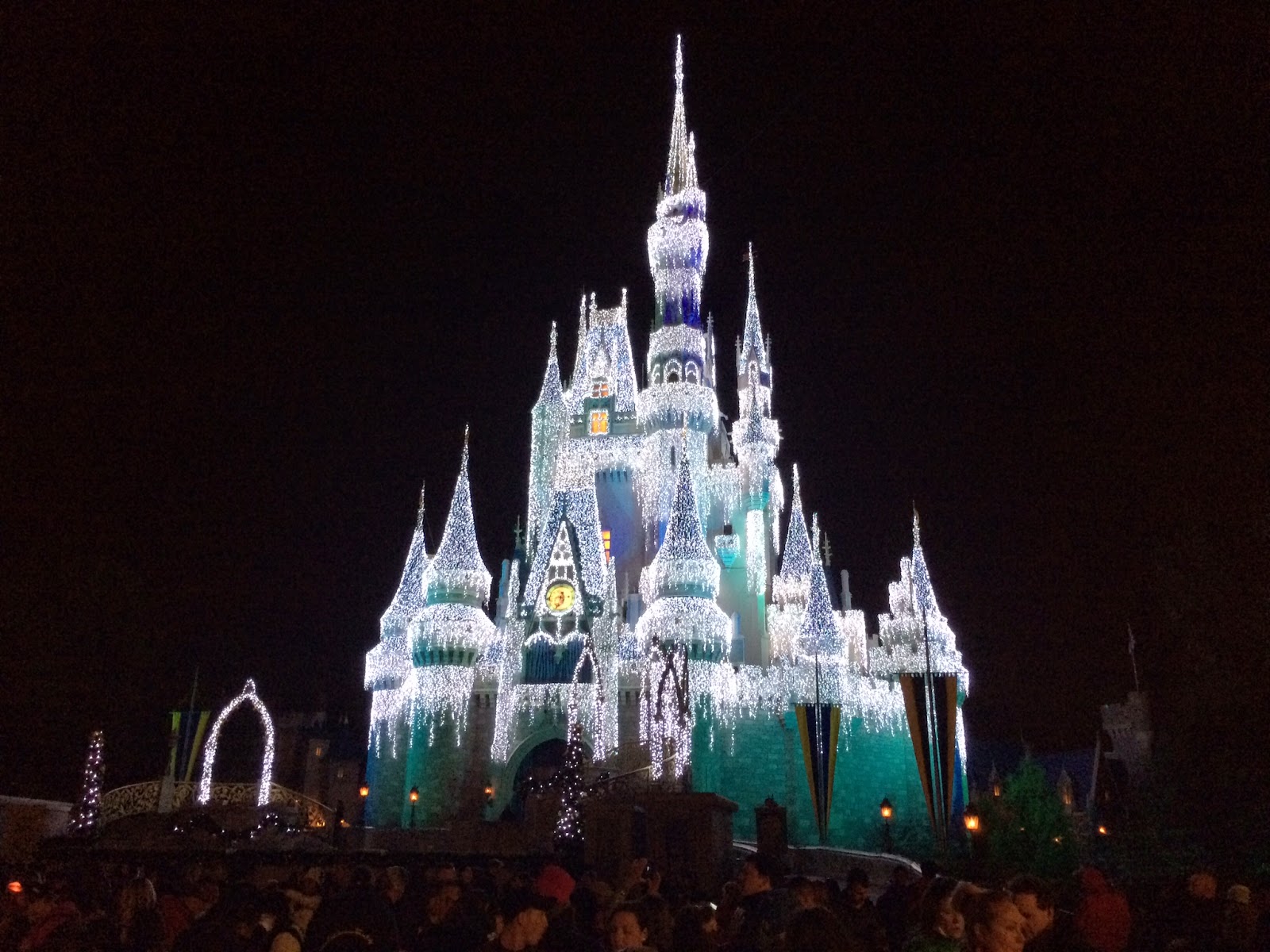 5.  GO TO THE FIREWORKS SHOW
This was my favorite part.  The Christmas lights were still up on the castle, and the light show was amazing.  The fireworks were amazing.  Tinkerbell going down a bijillion yard zip line was amazing. This was the only thing that really took my breath away, and I would have done it every night. 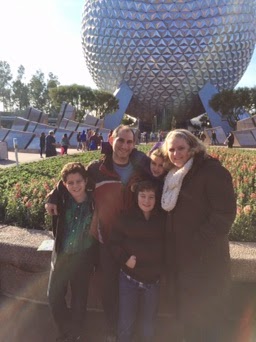 6.  Pack Lunch
You’re able to bring in lunch/snacks, and we saved a ton of money doing that.  We hit the grocery store when we got in, and we packed uncrustables, applesauce, etc.

7.  My boys liked Epcot
There were coaster simulators, a race car ride where you designed how your car worked to maximize how it would go on the track, they enjoyed all of that.  It was a little bit of a pain in the booty because were were there on the morning that the marathoners were running through, but I have to give it to the Disney staff- they coordinated walking through the race course in amazing ways- diverting the runners, moving people, and then reopening the course so that no one had to stop. It was pretty incredible. We ate dinner at the giant temple in Mexico.  It was not great and insanely expensive.

Soooo….that’s my recap of Disney.  There were definitely some fun rides that each kid liked, but it didn’t hold a candle (for us) to Universal (which will be next in this drawn-out series!).  Our kids had a fun time, and we had some great memories.  We enjoyed each of the parks, and I’m glad we didn’t wait until they were any older. I don’t think we’ll become Disney addicts, but it was definitely a fun trip! I think the park hopper was worth it to get to try each park, we actually didn’t get to all of them, but we enjoyed different aspects of each of the ones we visited.