Awhile back on Facebook (click on “Facebook” to read the conversation), I shared a news story about the new fitness program that took over for the Presidential Fitness Awards.  Now called “The Presidents Challenge” the program includes some things I considered questionable, including a pinch test to determine BMI. The article itself was about a girl receiving a letter that she was overweight- and looking at her, I’m not sure I see it.  In fact, I know I don’t.

Anyway, we finished up the conversation with me promising that I would hound email PWCS and get some firm answers.  Took awhile, but I was put in touch with their head of Physical Education, who provided me with the following documents.  PWCS does not participate in the President’s Challenge, but they do have their own similar program.  It DOES include a skin fold BMI.  Now, we had teachers respond that they did not believe PWCS would ever do a BMI on a kid, and that might be true at individual schools, but this is the policy I was provided, so I’m sharing it with you. 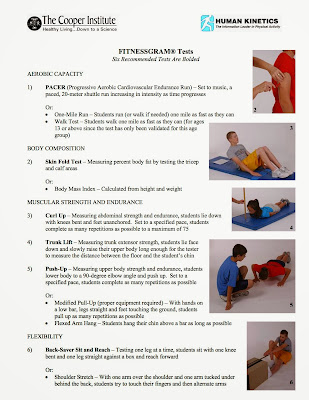 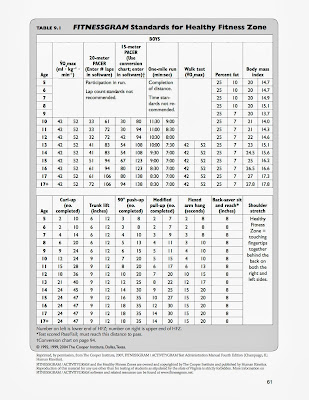