Before we begin this week’s FOF- I need to apologize.  In a preview for this story, I mistakenly linked to the PWC Firefighters, which are separate and distinct from the OWL Firefighters.  Listen, guys/gals, I apologize.  Not only do I find firefighters universally “hot” (get it? it’s a fire joke…no?), I greatly appreciate the fact that you can overcome your fight or flight instincts to run into burning buildings for the rest of us.  Rock on.  Also, I promise not to do it again.
____________________________________________________________________
So, you walk for a cure, you eat pink yogurt for a cure, that’s cool.
But St. Baldrick’s is way beyond cool- it’s hardcore.  Seriously, are you (wo)man enough to shave your head for a cure?  This organization challenges people to raise money to fund research for childhood cancer.  Then, those fundraisers take it one step further and shave their heads in solidarity with those who have lost their hair due to chemotherapy. 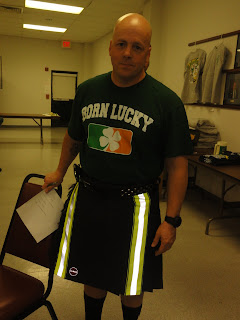 I don’t think I’m woman enough to do it- but very proud PWC Momma Stephanie, who shared this organization with me, has an 8 year old son who is.  Her son Reilly has participated in this event for 3 years and raised over $2,000.  In addition to Reilly, there is also a team of kids from Leesylvania Elementary that participate in solidarity with a friend who’s been living with cancer since age 5. 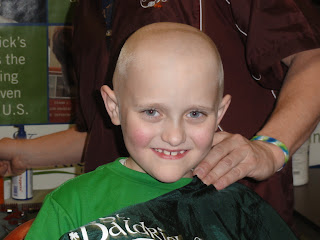 Heather and Tony Carroll (Reilly’s aunt and uncle) help organize the local St. Baldrick’s held at annually at OWL Station 2,  have grown the event substantially over the years.  It now features more than 50 “Shavees” working for a common cause- and it’s a cause close to their hearts two reasons.  First, the event is centered on St. Patrick’s Day, and they celebrate their Irish Heritage. Second, Tony is a cancer survivor.  In the 7+ years Tony and Heather have been organizing the event, they have raised over $100,000. The event includes food, an Irish Band and a silent auction. This year, they have set a very aggressive goal of $36,000. 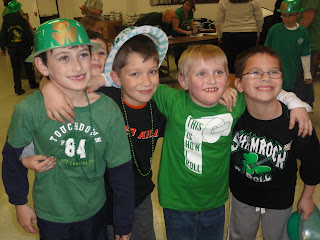 Not enough of a bad-mother-shut-your-mouth to shave your own head? You can support those that are by following the event link HERE.

The Woodbridge St. Baldrick’s event will take place on March 9th, 2012. For more details, follow the link above.