At
Prince William Academy we believe that in the global world in which our
children are growing up, it is crucial to provide them with the skills that
they will need to take an active and responsible role in the world.

By
living and going to school in a region rich with cultural opportunities, our
students have the chance to access vibrant cosmopolitan cities in which
visitors from many countries interact, share their cultures and participate in
discussion and policy development.
By
offering children early exposure to a diverse array of cultural experiences and
instruction in other languages, our goal is that PWA students will broaden
their horizons, gain stronger commitments to their own cultural heritages, and
be ready to play an active role in a global future.
At
PWA we believe that it is crucial for all children to have the opportunity to
gain fluency in more than one language and culture. Not only does language
learning support academic achievement and provide cognitive benefits to
students, it affects attitudes and beliefs about language learning and provides
entry to other cultures.  Beginning at
age two, our students study Spanish each day in addition to a world language
selected by their parents.  This year we
are offering Mandarin, Arabic, and French.
Our goal will be to introduce Farsi and Urdu in the future as our school
community needs dictate.
There
is a large body of research demonstrating that language learning provides
students with academic advantages.[1]  The American Council of Teaching Foreign
Language (ACTFL) has compiled an extensive body of research on the benefits of
dual-language instruction programs. The research, grounded in historical
context and current literature, notes that students who learn a second language
have increased student achievement results compared to peers, improved
cognitive skills, and overall positive attitudes for other cultures.
Counter-intuitively
perhaps, it is clear that time spent learning a second language bolsters the
learning of the first language too, as students, especially young children,
develop cognitive tools that allow them to apply lessons from one language
directly to the second.  To achieve
bi-literacy and ensure competence in cross-cultural communication, Prince
William Academy aims to instruct students in the two languages beginning at age
two, making the most of the innate ability of young children to learn language,
and contributing to their increased cognitive skills and higher achievement in
other academic areas.[2]  Our effort from preschool through eighth
grade promotes bi-literacy, grade-level academic achievement, and positive
cross-cultural attitudes and behaviors in all students.[3]
A
growing body of research indicates that language instruction provides multiple
advantages to students, including:
·
Students achieve well above grade level, even
years after their participation.
·
Students become proficient in another language
and develop deeper cultural awareness.
·
Non-native English speakers and native English
speakers in instruction programs perform as well as or better than their peers
educated in other types of programs.  For
example, both native Spanish speakers and native English speakers in instruction
programs perform better than their peers both on English standardized
achievement tests and Spanish standardized achievement tests.
There
is also evidence that early language learning improves cognitive abilities and
that bilingualism correlates with increased cognitive development and
abilities.[4]
There is also a correlation between bilingualism and attentional control on
cognitive tasks. Furthermore, a correlation between bilingualism and
intelligence and between bilingualism and meta-linguistic skills, memory
skills, problem solving ability and improved verbal and spatial abilities
exists.[5]
Culture
is an integral part of language learning, as the language provides a window
into that culture and offers students the opportunity to engage actively with
it. Research demonstrates that learning a target language helps young children
develop positive attitudes to that language and the people who speak it.[6]
At Prince William Academy,
students view second language learning and the insights gained into another
culture as a normal part of their schooling.
At
Prince William Academy, language acquisition is not just about learning a new
language or being able to communicate with another person in a different
language.  Cultural understanding and an
ability to compete globally is what drives our intensive language studies and
compliment our robust curriculum. 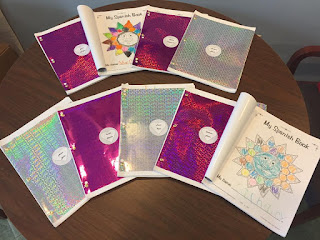 Learn more about our friends at Prince William Academy here.  PWA is an advertiser on PwcMoms.com.