Family Fun Abounds with ShirLaLa and Peter Himmelman at DCJCC’s 13th Washington Jewish Music Festival
ShiraLaLa
highlights Shabbat Services and Dinner; Peter Himmelman’s performance
for Jerusalem Day followed by a barbeque dinner and bounce house
Washington, D.C. – Families and kids of all ages will have two great opportunities to rock out with acclaimed Jewish performers ShirLaLa and Peter Himmelman. These two family-friendly acts appear as part of the DCJCC’s 13th Annual Washington Jewish Music Festival and will headline special family celebrations for Shabbat and Jerusalem Day.
In its 13th year, the DCJCC’s Washington Jewish Music Festival, taking place May 3 – 21 features 12 performances including jazz, funk, hip-hop and indie pop artists. While many of the performances welcome audiences of all ages, ShirLaLa and Peter Himmelman are the most kid-friendly acts.
“We’re
thrilled to celebrate 13 years of the Washington Jewish Music Festival
with festive, family-oriented performances,” said Carole Zawatsky, chief
executive officer of the Washington DCJCC. “This year’s festival is
truly a coming of age, with an eclectic mix of performers that reflects
the diverse interests of our community. Music touches everyone at every
age and the festival just wouldn’t have been complete without Shira and
Peter performing for our children.”
Shira Kline aka ShirLaLa
is a celebrated New York based performer and music educator. Traveling
across the country and internationally with her kiddie rock band, Shira
delivers a dynamic, interactive program of joy and spirit, story and
song. Raised in the world of music and the tradition of Torah, Shira has
worked for over a decade with a diverse array of Jewish communities to
enliven rituals, holiday celebrations, and love for Jewish life and
prayer. Blending words, story and music she creates a rich experience
for children and adults alike.
Families can join a joyous Jerusalem Day family celebration with a concert by rocker Peter Himmelman followed by a barbeque dinner and bounce house for the kids on May 20. Hailed by USA Today as
“one of rock’s most wildly imaginative performers,” Himmelman is an
alternative folk-rock singer, songwriter, TV and film composer and
children’s entertainer. His 2007 children’s album, My Green Kite, was
nominated for a Grammy. 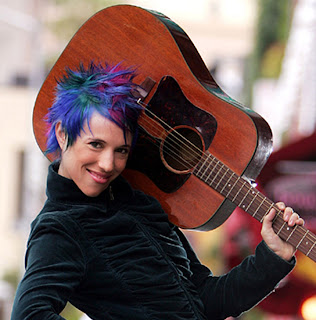 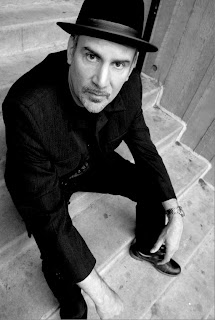 Peter Himmelman performs for Jerusalem Day
Sunday, May 20 | 4:00 pm
Ohev Sholom–The National Synagogue
1600 Jonquil Street NW
Tickets: $10, $25 Family Ticket
The
DCJCC thanks the Howard and Geraldine Polinger Family Foundation for
helping to establish the festival in 1999, its major support of this
year’s festival, and for being the lead sponsor of the opening night
concert.
The
music festival runs from May 3 to May 21, and includes 12 performances,
as well as community-organized “Shabbat in Song” events. The full
schedule and ticket information can be found at www.wjmf.org. Tickets are on sale now.