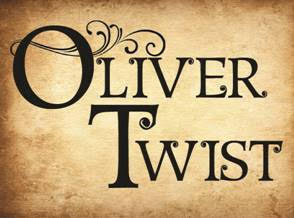 See the show!
Murderers.
Pickpockets. Beggars. Schemers. Loners. We are still fascinated with
the criminal element nearly 180 years after this story was published.
This faithful adaptation of Charles Dickens’ second novel is an exciting
melodrama about the adventures of an orphan born into a life of poverty
and misfortune but redeemed by an act of unselfish courage from an
unexpected source. Filled with an atmosphere of mystery, its major
characters are from the delectably dark underworld: Fagin, Bill Sikes,
Nancy, and the Artful Dodger.
Performance DatesJune 17 @ 7:30pm
June 18 @ 2:00pm
June 24 @ 7:30pm
June 25 @ 2:00pm
Tickets
General Admission available at the door before each show:  $12.00 each; Children 12 and under: $8; Ages 3 and under are free.
Advance prices and online sales are available here: https://www.eventbrite.com/e/oliver-twist-tickets-24720886838. Advance sale prices end June 16.
Location:
The Dr. A. J. Ferlazzo Auditorium, 15941 Donald Curtis Drive in Woodbridge, Virginia.
More information about Castaways Youth Theatre can be found at: www.homeschooltheatretroupe.com
Partial funding has been provided to Castaways Repertory Theatre by Prince William County.