(I didn’t take pictures, I completely suck.  However, I’m including links to everything and I’ll try to be better next time!)

There are a plethora of beginner reading books targeted at young girls.  Just look at American Girl- they made an entire industry out of it.  For boys, I feel like it can be a little harder.  Some of that is based on the subject matter- “beginning readers” on dinosaurs? Pterodactyl is not a fun word for a six year old.  Let’s be honest.  We do love “The Magic Tree House” series at our house, though, and think they’re fun for boys and girls.  However, to encourage my boys a little extra, I wanted to do a “boys book club”.  Girls were welcome, but we were going to do stereotypical “boy” stuff.

Since our homeschool group is doing the middle ages right now for history, we decided our first club read would be “The Knight at Dawn”.  Everyone read the book before coming.  We started off with a little light discussion about adjectives that describe Jack and adjectives that describe Annie.  Then we talked about who thought they were more like Jack, and who thought they were more like Annie.  Next, I read a few selected pages from the companion book, “Knights and Castles” from the fact checker series that accompanies many of the Magic Tree House.  Finally, we did a Venn Diagram comparing Facts about the Middle Ages with Fiction from the book.  We included facts we knew that weren’t included in the book, facts that were in the book, and then talked about the fictional elements. I wrote this out on my white board- sitting and writing is not boy book club appropriate.  This whole section took about 10 minutes, and was really to set us up for our next activities.  In case you’ve been living under a rock, here’s what a Venn Diagram looks like: 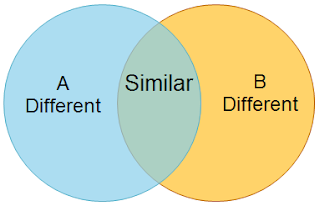 So, the plan now was for stations.  We had four sisters who came along for the ride, and I made them a group, and then we had eight boys.

Station 1- Headwear
For the boys, I planned helmets.  We used the idea from Layers of Learning, but modified it slightly in that we covered our milk jugs with aluminum foil and added feathers to the top. 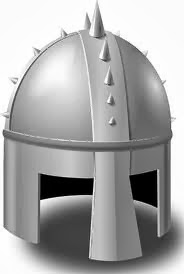 It’s all about the style, baby.

For the girls (because I didn’t have enough milk jugs) we did foam and sparkle tiaras.  They liked it.

Station 2-
You can turn popsicle sticks, rubber bands, plastic spoons, and marshmallows into deadly weapons.  Well, mostly deadly.  A short discussion about simple machines, a reminder of what we read in the section about weapons, and the boys were all set.  Directions were from Sturdy for Common Things. 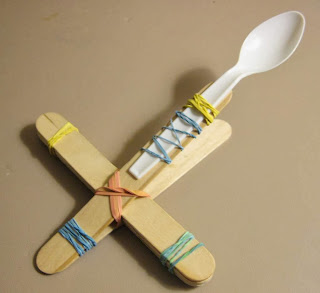 If you want to take it next-level, check out Storm the Castle’s “How to Build a Catapult” section, which is epic.

Station 3-
We made Book Club journals, which were just dollar store spiral notebooks that we glued in activity pages to.  We didn’t do them at book club, we just made them. Sitting and doing worksheets is not what boy book club is about.  My plan is to have stickers next time so that I can give kids a “Passport Page” for each book they read. I used the same site as for the catapult directions for a word search and a crossword puzzle.

Station 4-
Snack time! I know I talked about turkey legs, but brain surgery has made me lazy.  My brilliant mother, who stopped at the store for me, came up with this: 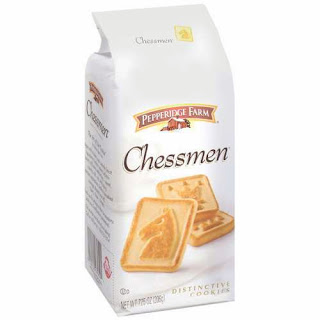 It turns out there is a substantial amount of space in my home dedicated to foam weaponry.

So, that was it! Boys Book Club, meeting one.  I think everyone had a really great time, and I’m looking forward to our next book club, which will be a higher reading level book with a Renaissance theme- so look forward to a report on that, coming at the end of the month!