If we ever get to move into our new house in Manassas, which I consider to be less and less likely every day, one of the things I’m most excited about is being closer to the Hylton Performing Arts Center.  My kids are big lovers of the arts- my middle son Logan is learning the violin and has become obsessed with classical and orchestra music, and all of them love live performances whenever we can make it to one.

I was so very fortunate to be invited to come out for the unveiling of the 2014-2015 Season, which has some really fun options for the whole family.

First, and most obvious, the center offers a “Hylton Family Series” each year.  I consider these to be targeted to a slightly younger crowd, PreK-2nd grade, perhaps? But you’re the best judge for your child.  You can purchase individual performances for $10/adult or $5/child and you can also purchase a Hylton Family Series Subscription, which essentially gets you 3 performances at regular price and the fourth for $1. This year will feature: 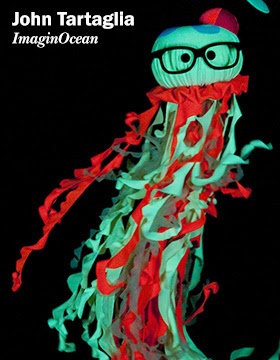 ImaginOcean October 26th, 2014 at 2pm or 4pm.
Tony Award nominee John Tartaglia takes young audiences on a magical
under-the-sea adventure in this one-of-a-kind live glow-in-the-dark
musical! Fishy friends Tank, Bubbles, and Dorsel discover a treasure
map, thus beginning their remarkable journey of underwater discovery.
Jam-packed with music ranging from swing to R&B to big band, this
charming story appeals to audiences of all ages and is a blast from the
first big splash to the last wave goodbye! Celebrated puppeteer, actor,
and singer John Tartaglia got his start working on Sesame Street as a teenager, and later starred in Broadway’s Avenue Q, Shrek the Musical, and Beauty and the Beast, and created and performed in Disney’s television hit Johnny and the Sprites. “A whimsical trip to the depths of the sea.” (Back Stage) 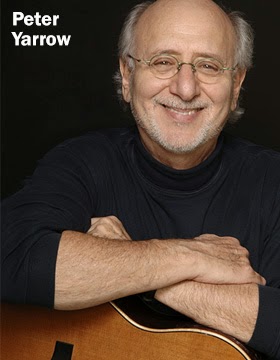 Peter Yarrow April 12, 2015 at 2pm.
Folk musician,
songwriter, and children’s author Peter Yarrow returns to the Hylton
Center for a fun and interactive musical performance that combines
beloved folk tunes with inspiring lessons for children of all ages. This
American music legend and Grammy Award winner is perhaps best known for
his career with the beloved folk trio Peter, Paul & Mary; yet he is
also a spirited activist who now uses his music to educate children
about the effects of bullying. In this family-oriented concert, Yarrow
performs “Don’t Laugh at Me” and other songs that encourage children to
treat each other with compassion, kindness, and respect, as well as some
of iconic folk songs from throughout his career, including “If I Had a
Hammer,”  “Puff the Magic Dragon,” “Blowin’ in the Wind,” and “Leaving
on a Jet Plane.” 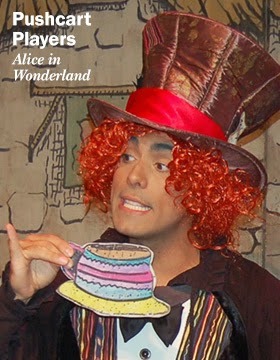 Pushcart Players Alice in Wonderland February 28, 2015 at 11am or 2pm.
Lewis Carroll’s zany and fantastical tale comes to life when this Emmy-nominated troupe returns to the Hylton Center with Alice in Wonderland.
Filled with pure nonsense and madcap characters that everyone knows and
loves – from the White Rabbit and the Mad Hatter to the Cheshire Cat
and the Queen of Hearts – this intriguing tale about a curious and
imaginative young girl has enchanted readers for many generations.
Pushcart Players now brings young Alice’s adventure to the stage in this
delightful adaptation, complemented by whimsical music, vibrant
costumes, and spectacular scenic elements. “A polished and knowing
theater company and a felicitous event for children.” (The New York Times) 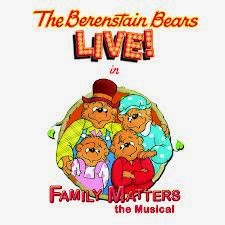 The Berenstain Bears LIVE! Family Matters the Musical on November 22, 2014 at 11am or 2pm.
Come on down to Bear Country for this enchanting adaptation of Stan and
Jan Berenstain’s beloved children’s series. Fresh from its sold-out
off-Broadway run this heartwarming musical based on three of the Berenstain Bears
most popular books. Brother Bear’s grades are slipping, Sister Bear
still has a few things to learn about making new friends, and Papa Bear
can’t stop eating junk food – but thankfully, they – and we – can always
depend on Mama Bear and her loving patience to set things right. Filled
with original songs, fun dancing, and important life lessons, this
humorous and heartfelt theatrical experience gives parents the
opportunity to share these treasured tales they enjoyed as children with
their own young cubs! “Like honey for little kids!” (Mommy Poppins)

Also available for families, several performances throughout the year are marked as “Family Friendly”, which also comes with a youth discount.  Half price tickets are available to these performances for students through grade 12.  High Schoolers may attend without an adult chaperone present, but must present their student ID.  Children under high school age must have a paying adult with their party.  These performances can still be pricey, but some of them look really neat.  For 2014/2015 the schedule includes:

If it was up to me, I’d definitely hit the National Acrobats of the People’s Republic of China….and Cinderella. 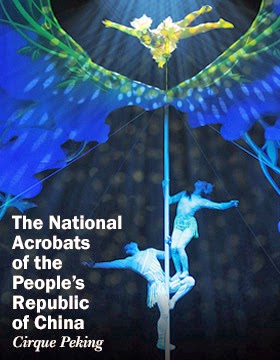 Also worth mentioning, the Hylton Center also does a fairly extensive lineup for the Christmas Season, which would be fun for your family or if you have out of town visitors, too!